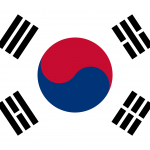 Works with all .NET languages, including C#, Visual Basic, and F#.

The NMathTM .NET math and statistics library from CenterSpace Software provides numerical components for financial, engineering, and scientific applications on the .NET platform.

All NMath routines are callable from any .NET language, including C#, Visual Basic.NET, and F#.

For many computations, NMath uses the Intel® Math Kernel Library (MKL), which contains highly-optimized, extensively-threaded versions of the C and FORTRAN public domain computing packages known as the BLAS (Basic Linear Algebra Subroutines) and LAPACK (Linear Algebra PACKage). This gives NMath routines accuracy you can trust, and performance levels comparable to C or Fortran. Our state of the art, object-oriented interfaces are easy to use and leverage the full power of the .NET platform.

Orders may be placed through our secure online store. Our sales staff is available to help you with any questions that you may have about our products. Please also see our list of frequently asked questions.

NMath from CenterSpace Software is a .NET class library that provides general vector and matrix classes, complex number classes, and a large set of computational classes ranging from optimization to the FFT.
Complete documentation for all NMath libraries is available online.