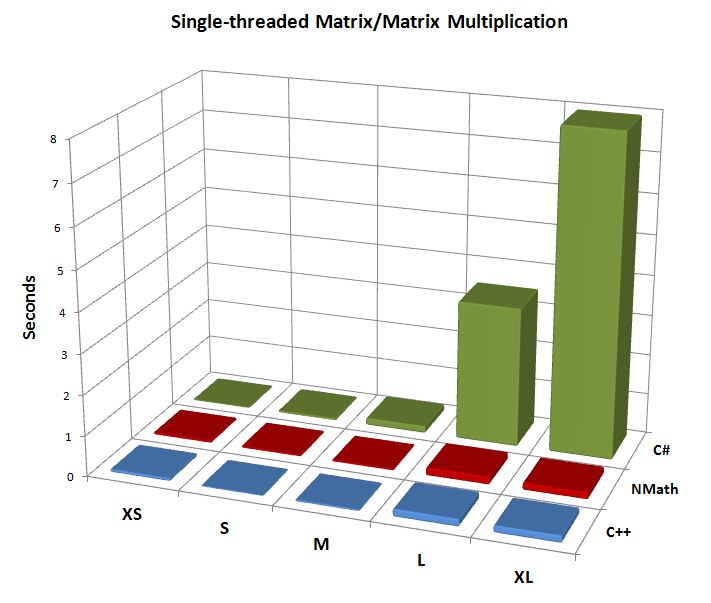 In the example above, tests were performed on square matrices of varying sizes, and with varying numbers of repetitions. Each test was run 10 times and the average time was computed.(The machine used was a 2.8GHz Intel Core i7-930 quad core, with 8GB PC3 8500 DDR3 SDRAM, running 64-bit Microsoft Windows 7 Ultimate.)

NMath from CenterSpace Software is a .NET class library that provides general vector and matrix classes, complex number classes, and a large set of computational classes ranging from optimization to the FFT.
Complete documentation for all NMath libraries is available online.